The Pushkar Lake is surrounded by 52 bathing ghats. Every year on the full moon day in the month of Kartik (October/November), which also happens to be the last day of the world famous "Pushkar Camel Fair", Pushkar Lake attracts thousands of pilgrims from all over the country to take a holy dip in its waters. It is believed that a dip in its waters cleanses all the sins and is the surest way to achieve salvation from the cycles of life.

Prominent among the ghats are Gau Ghat, Brahma Ghat and Varah Ghat. Also called Main Ghat, Gau Ghat is the place from which ashes of Mahatma Gandhi were sprinkled into the lake. Brahma Ghat is believed to be the spot where Brahma himself is said to have worshipped. The Varah Ghat is famed to be the place where Vishnu, the preserver of the Hindu Trinity, appeared in the form of Varaha (a boar), third in the line of his nine incarnations. 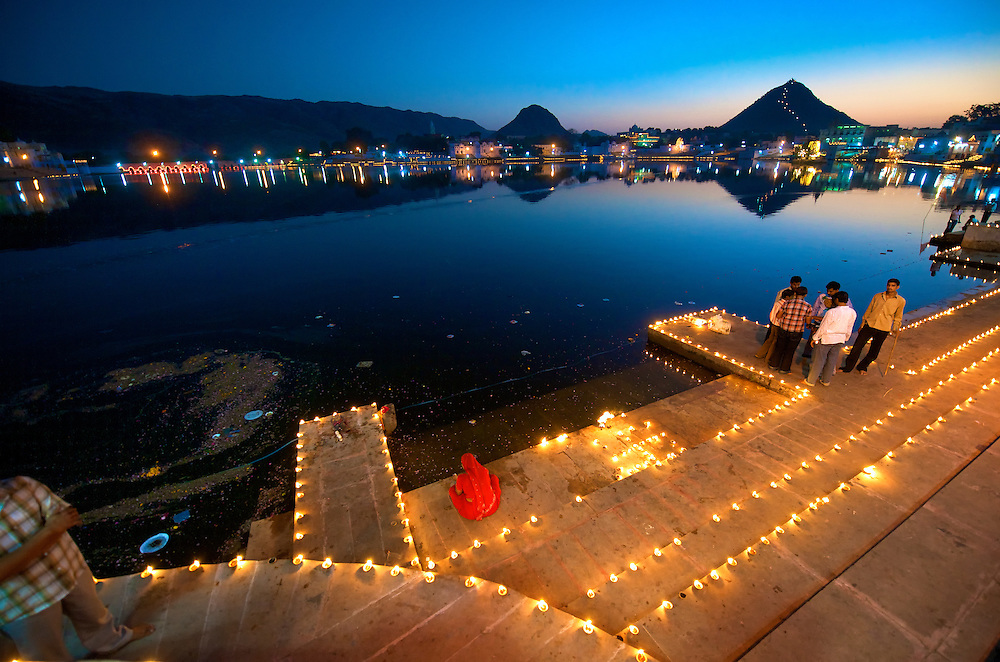